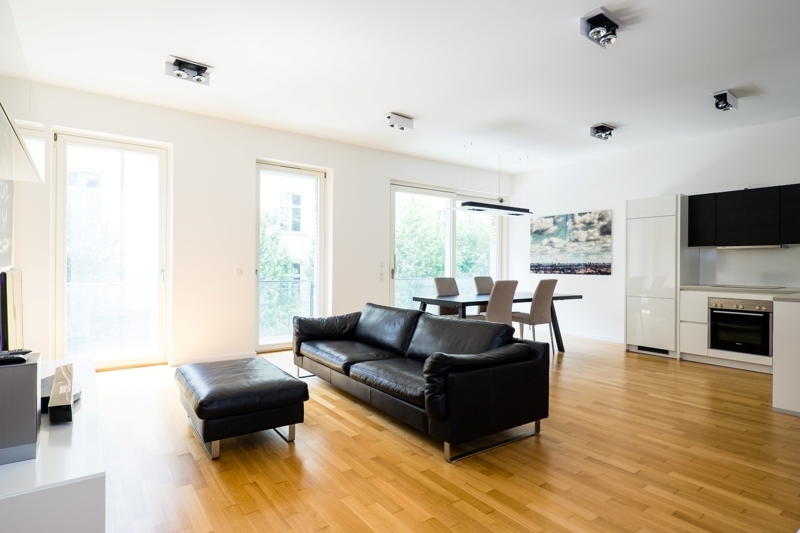 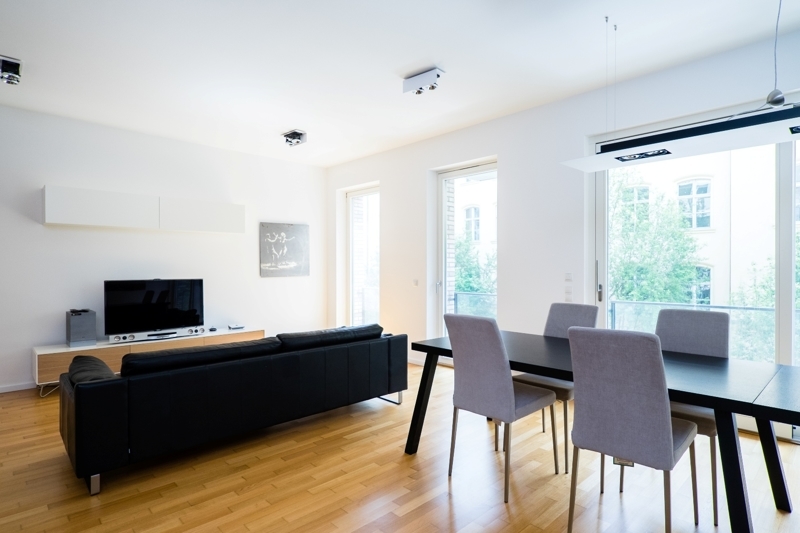 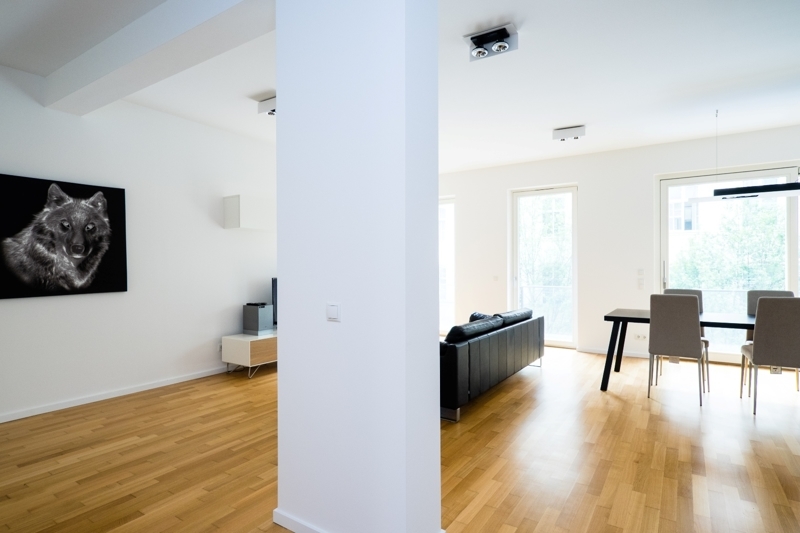 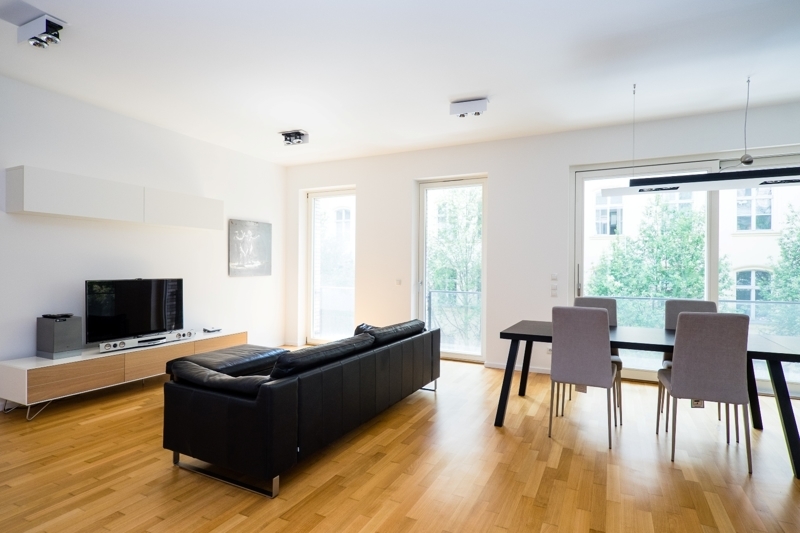 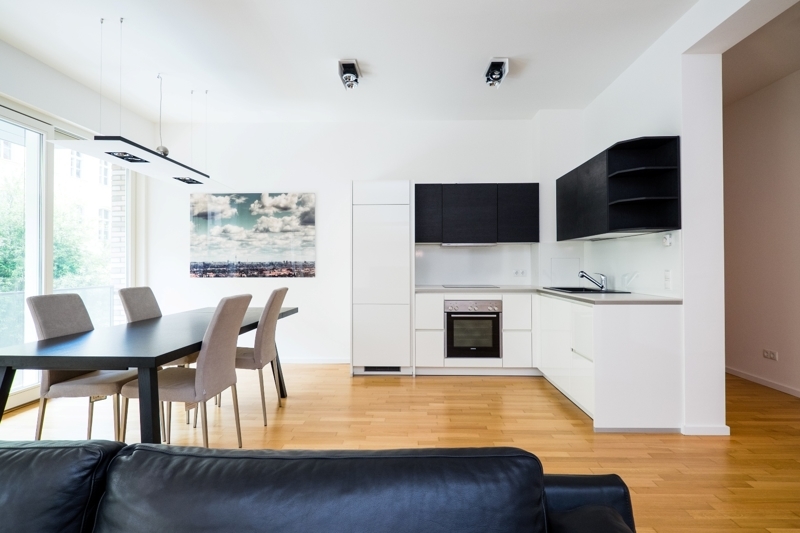 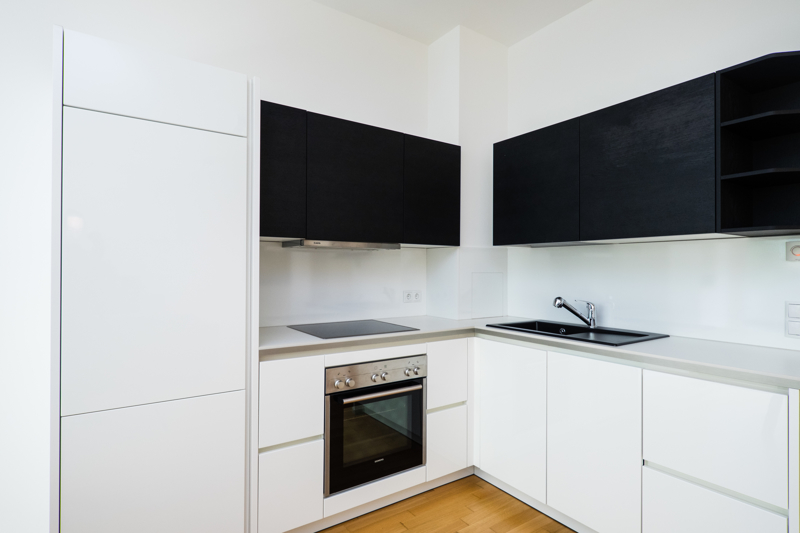 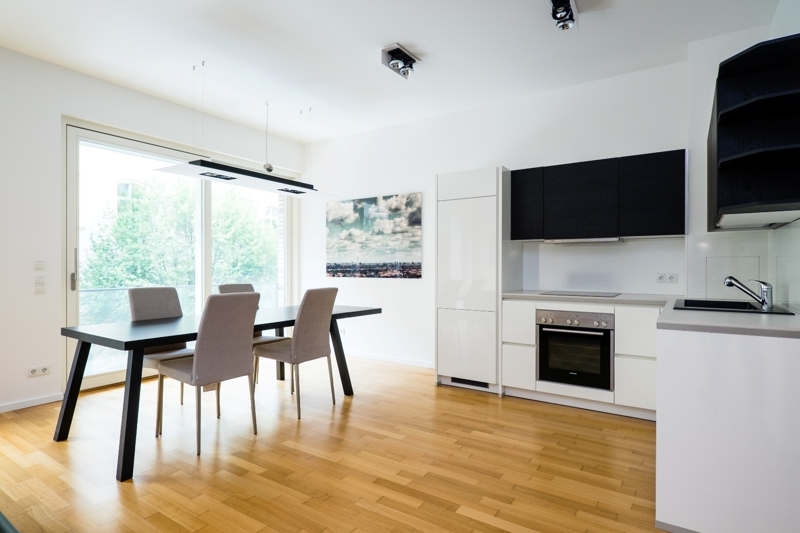 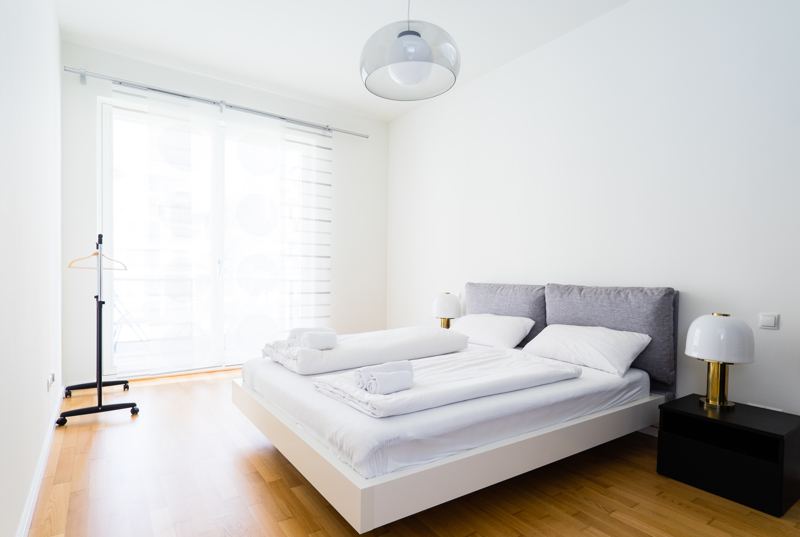 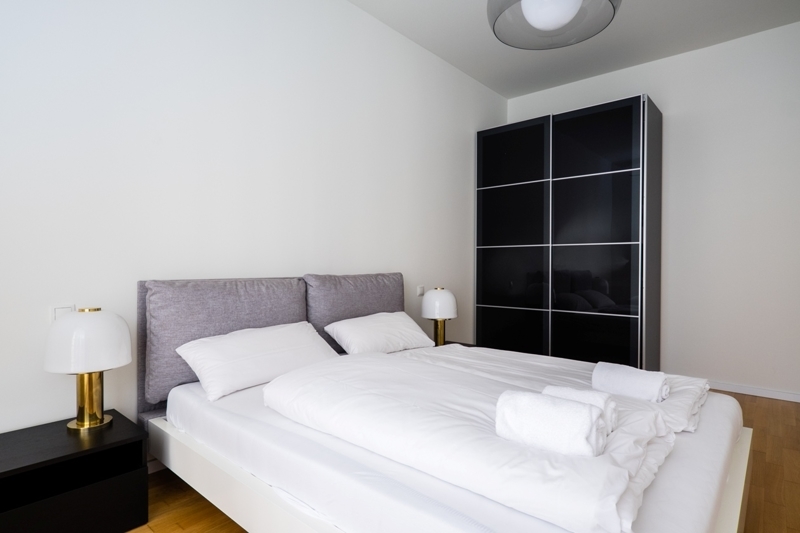 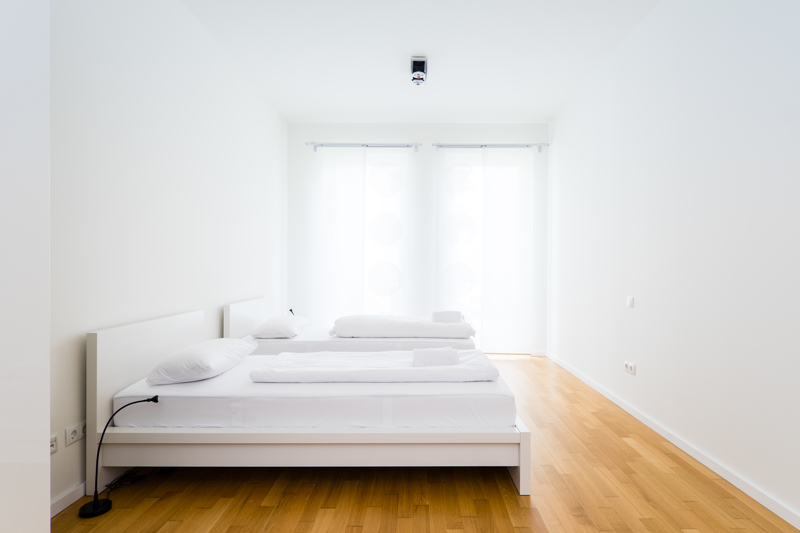 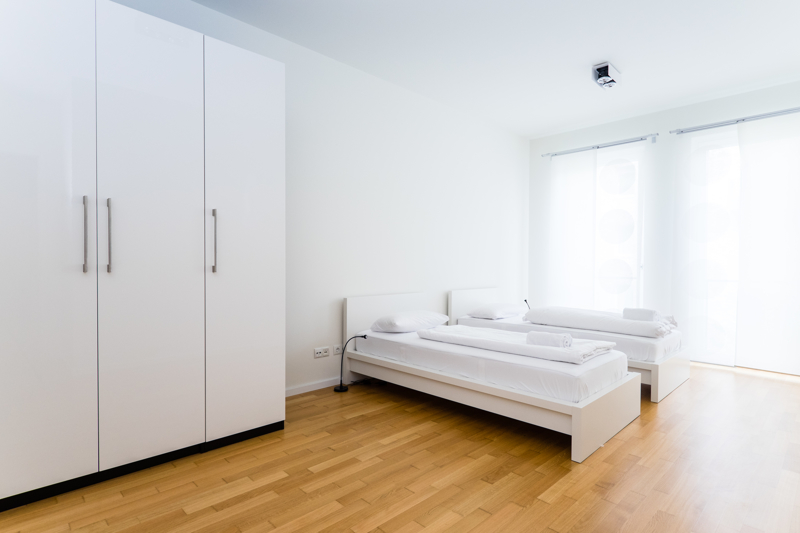 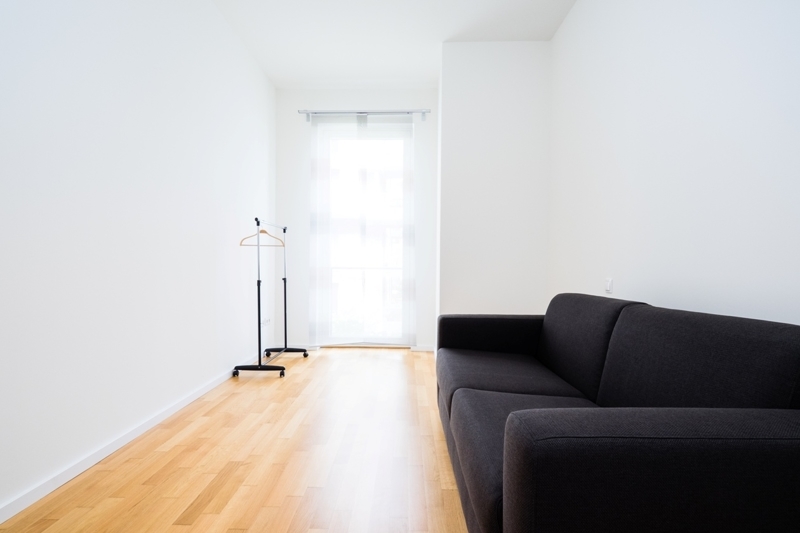 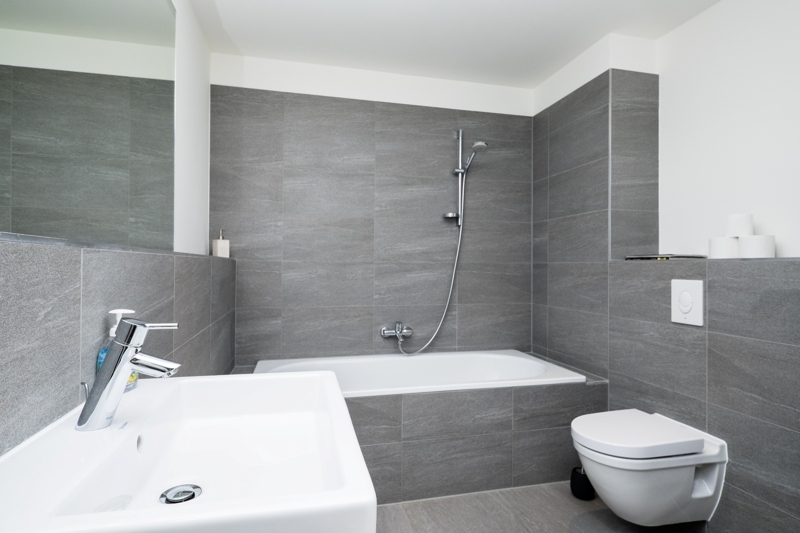 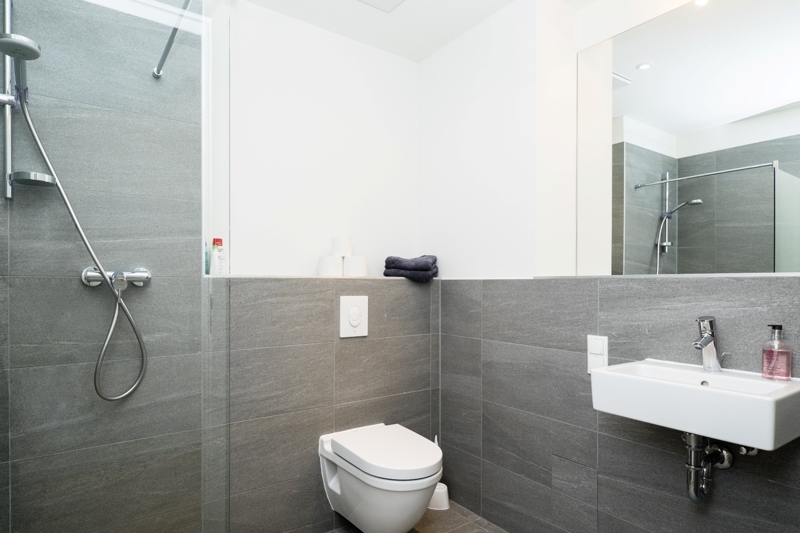 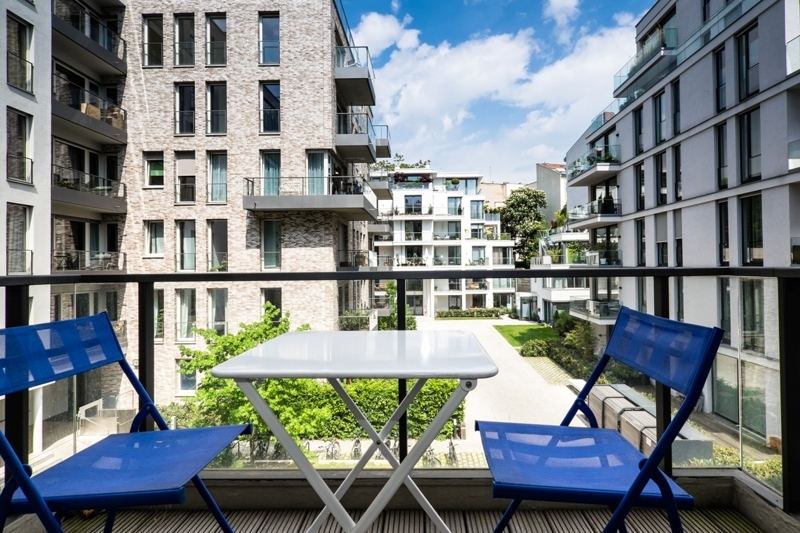 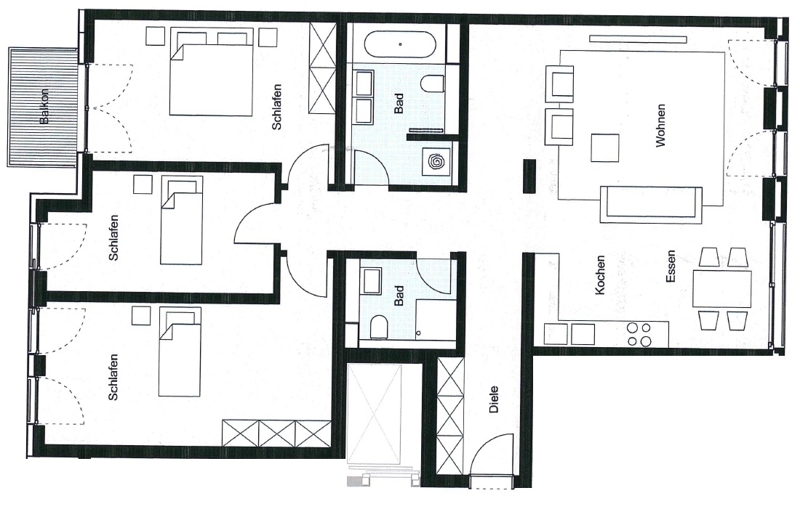 Perfect location: Modern apartment with three bedrooms and internet in a prime location near Torstr.

This newly built apartment has a large open kitchen area which is fully equiped including a dishwasher. It has three bedrooms, one with two single beds, one with double bed and one with sleeping sofa. The main bedroom has a nice balcony. There is a large bathroom. The apartment is fully equiped with a washing machine for clothes, including internet and it is located in a third floor with elevator in a very nice silent street near Rosenthaler Platz.

The area is really nice and central located in Rosenthaler Platz - district Mitte. The line U8 conects the apartment to other districts. The house is newly built, as well as the apartment. The Zehdenicker Strasse is a very calm nice street. The apartment is located near the Torstraße and Hackescher Markt, a street full of shopping posibilities and full with restaurants, cafes and bars. The apartment is just a few minutes away from the the park 'Der Volkspark am Weinsberg', a nice area to cill out and playing area for the kids.

"Due to the legal regulations of the city of Berlin, it is only possible to book this apartment if one of the following reasons for a stay in Berlin is given: - Job - Education - Further education Proof of this must be presented to the landlord before moving in ".