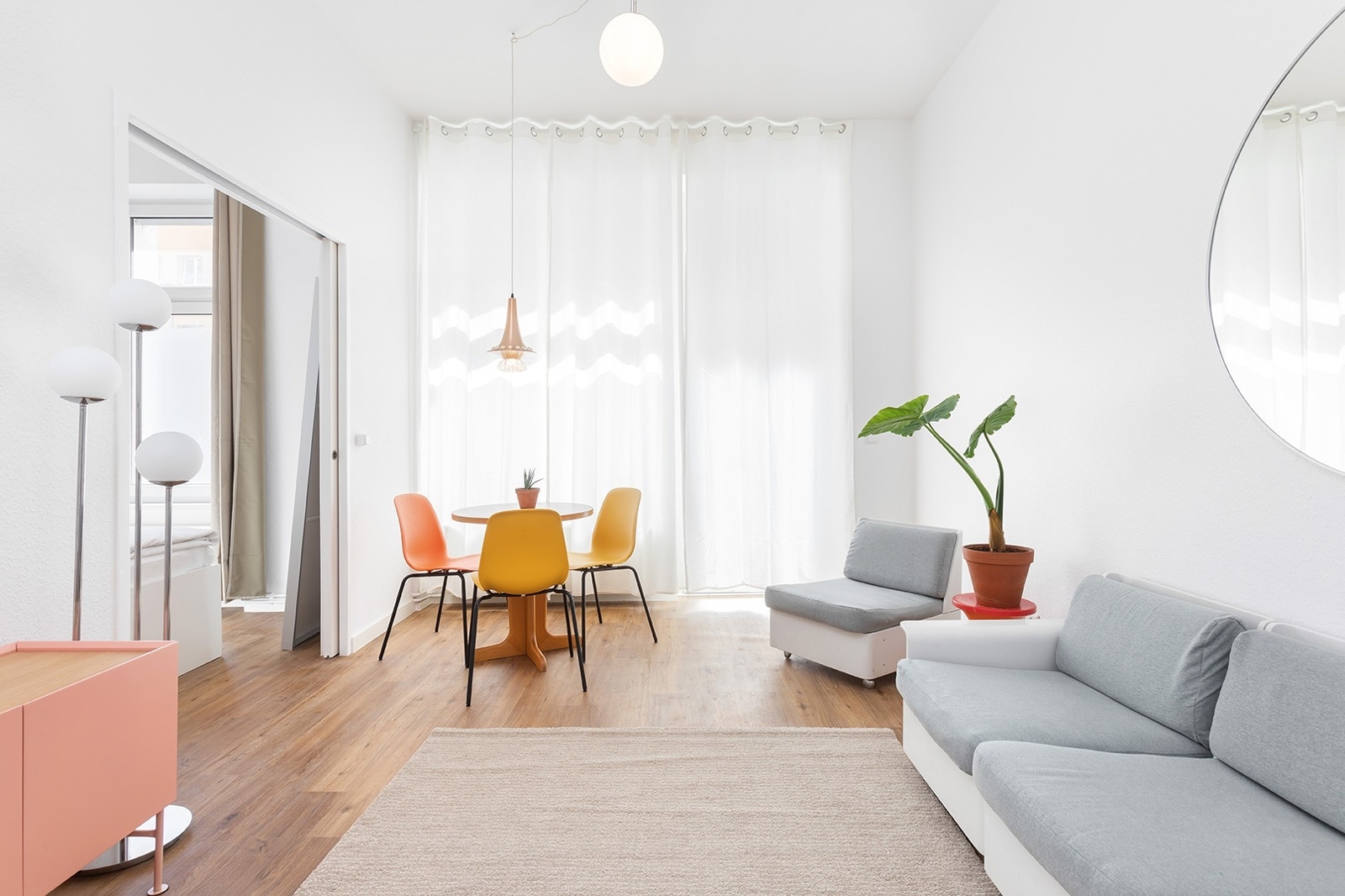 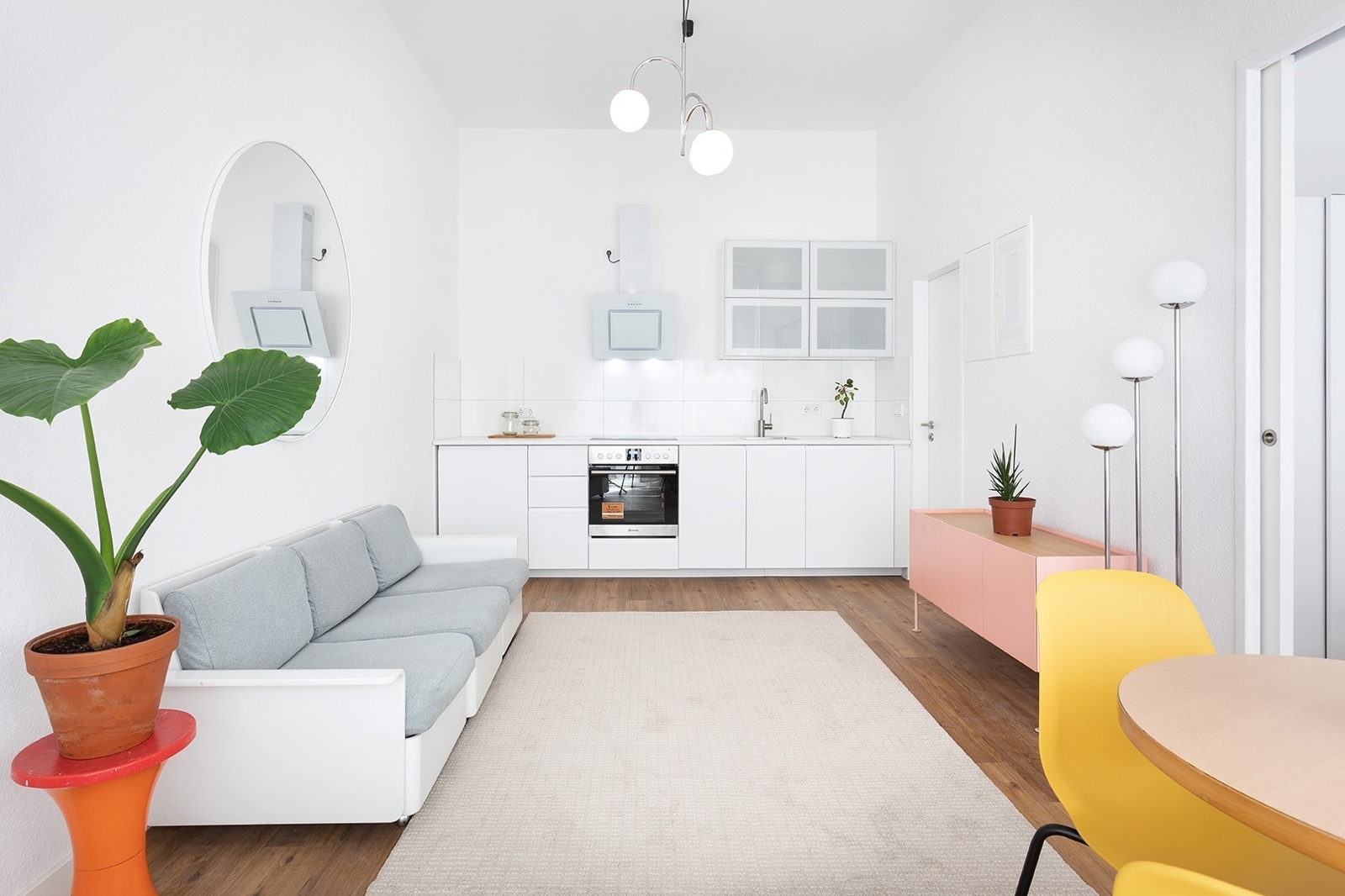 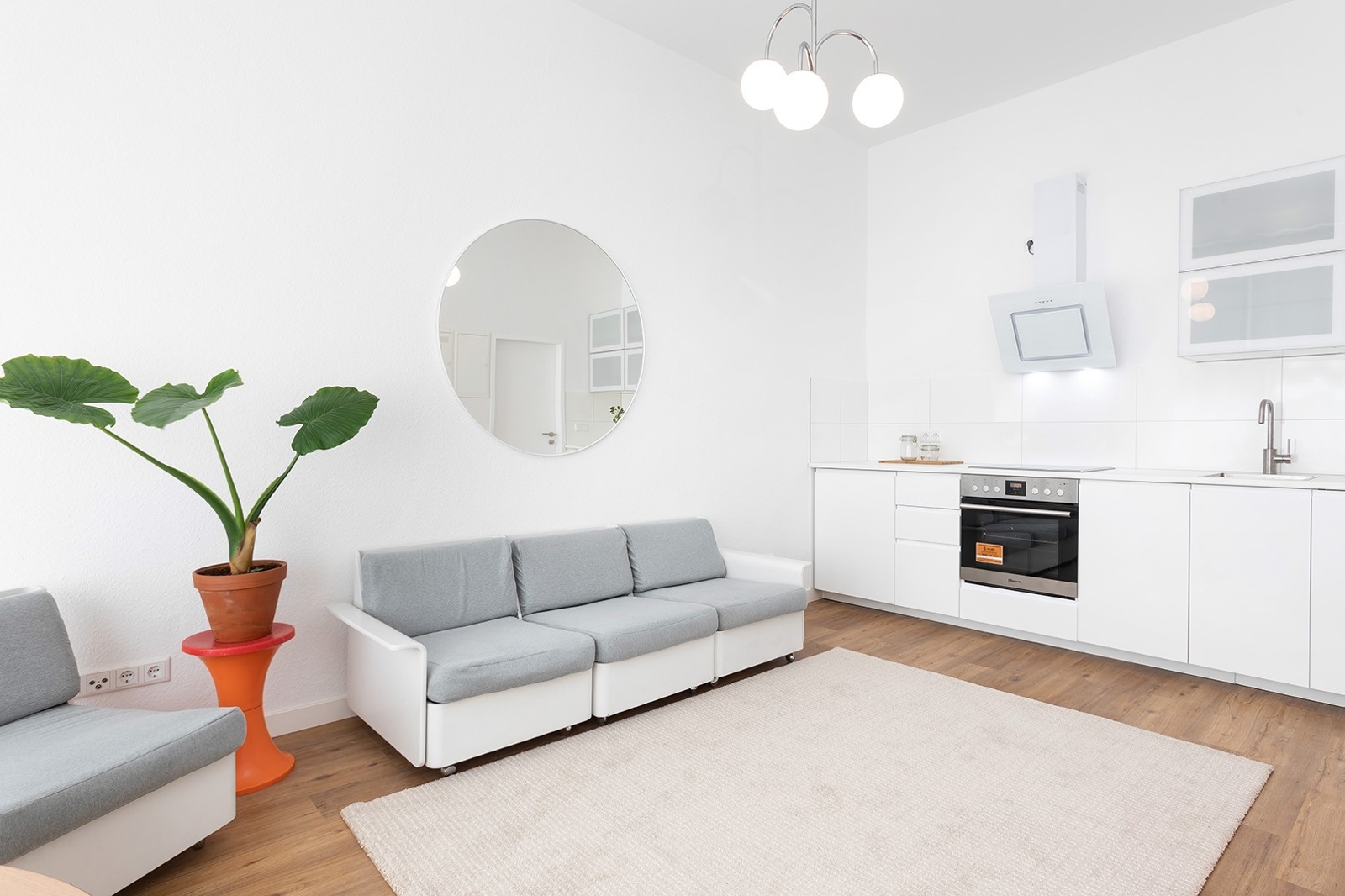 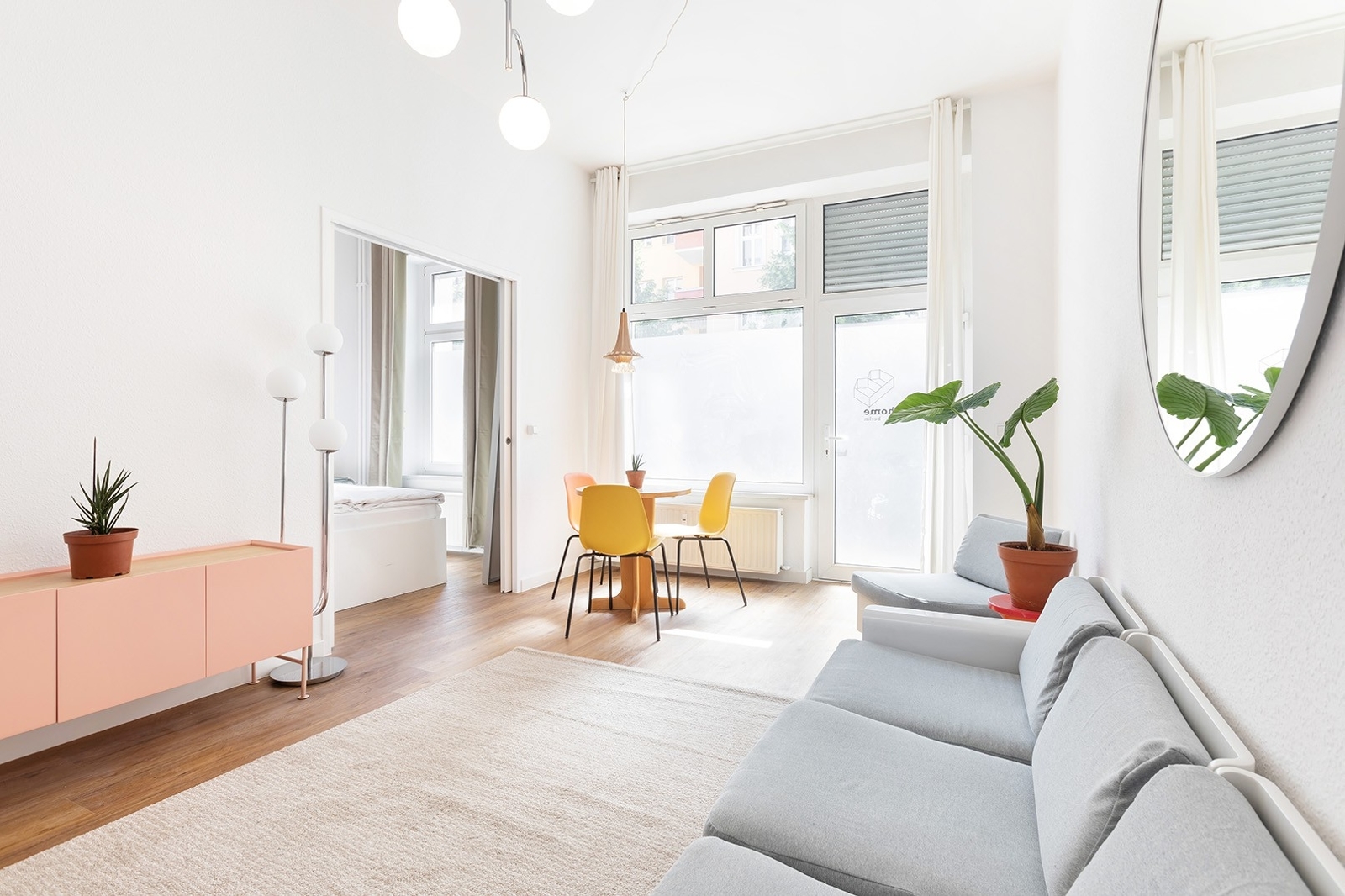 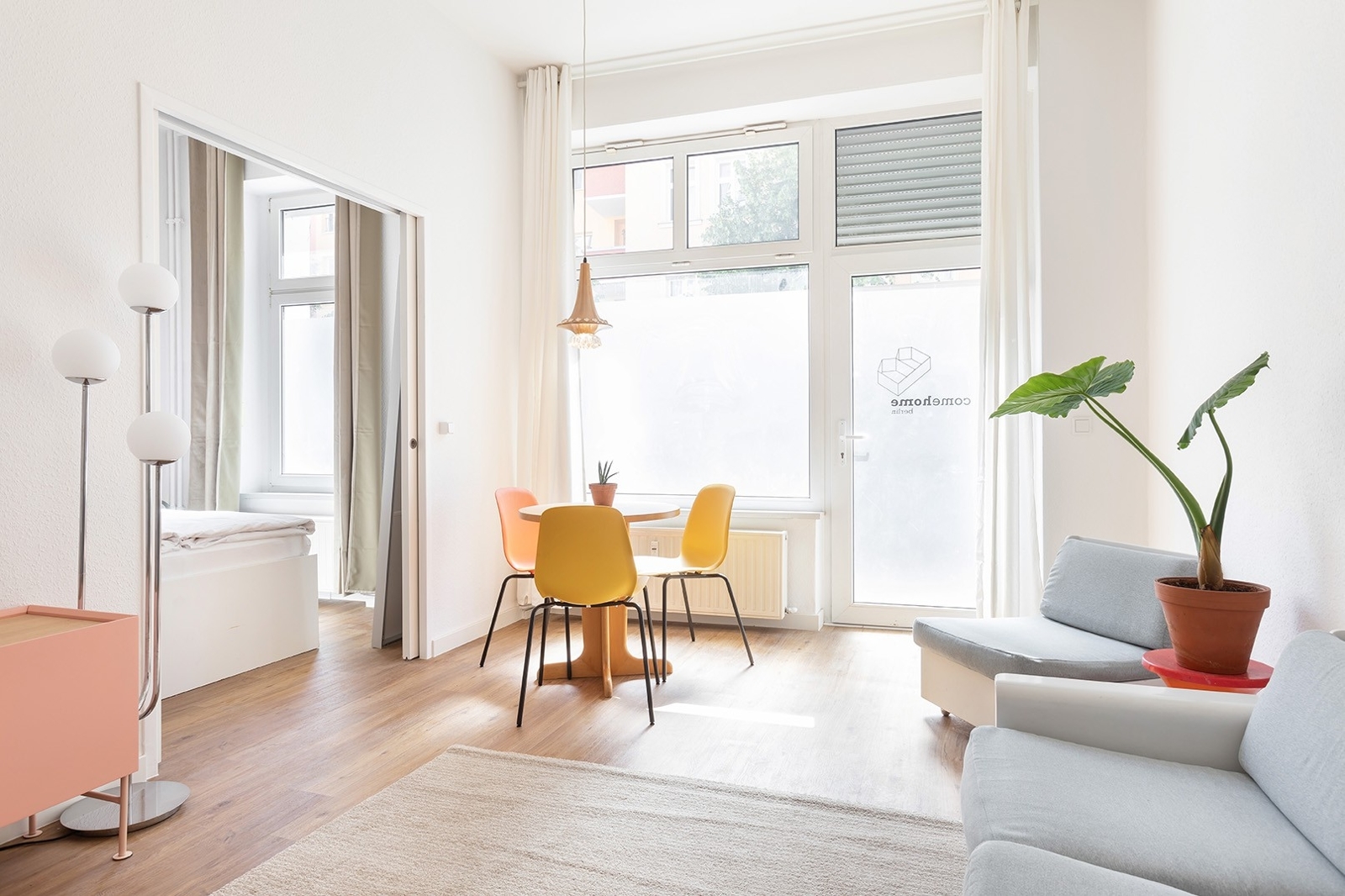 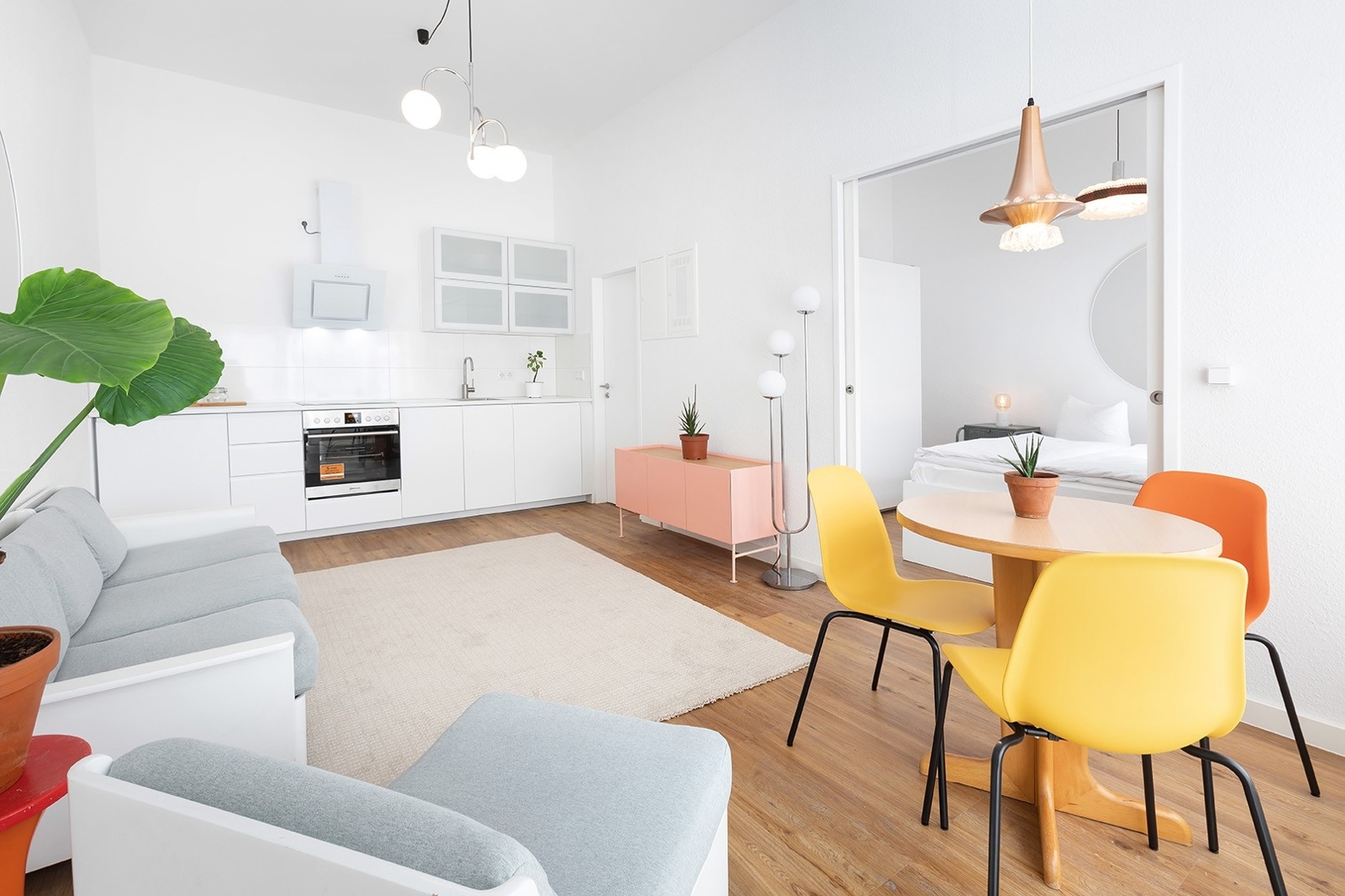 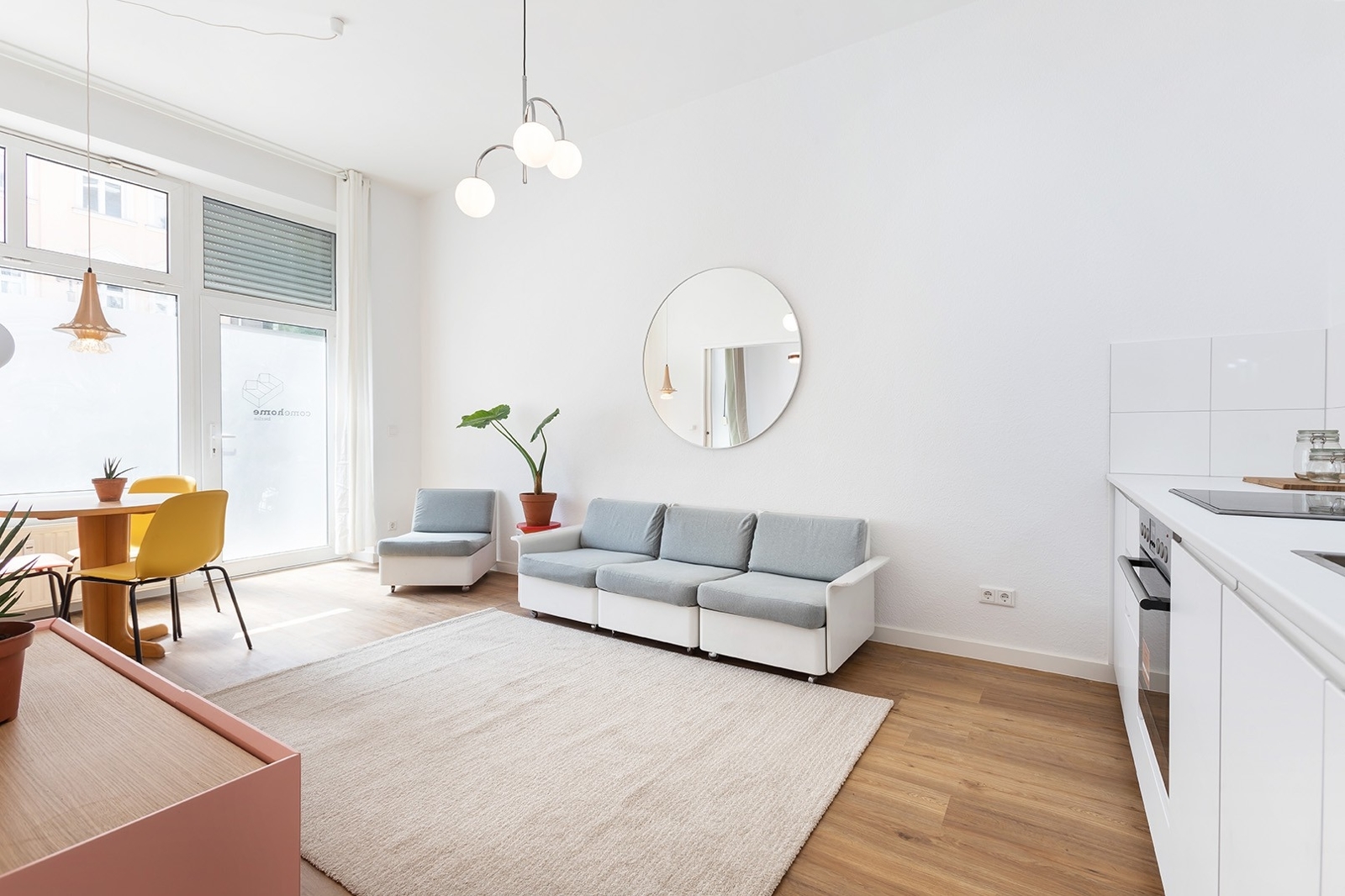 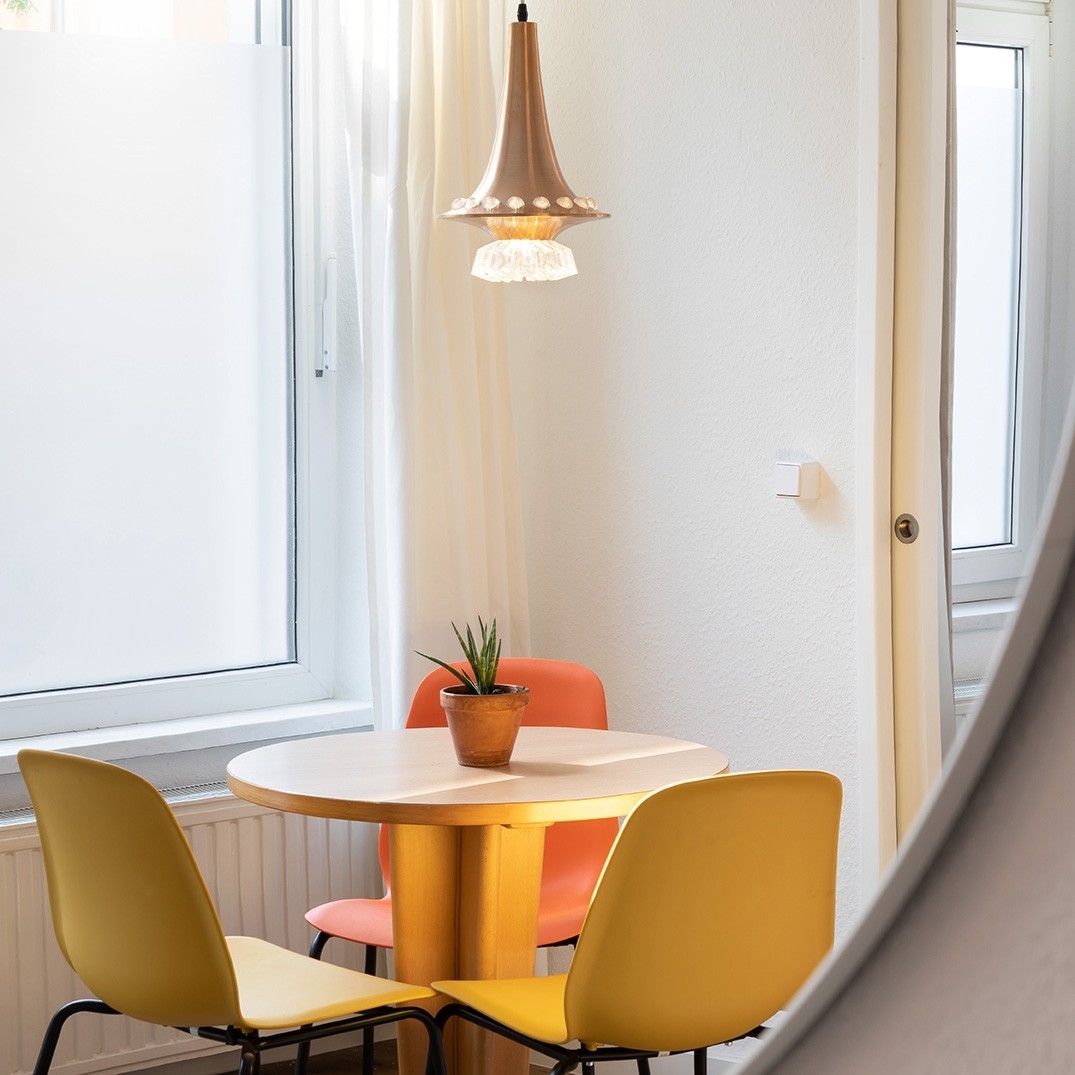 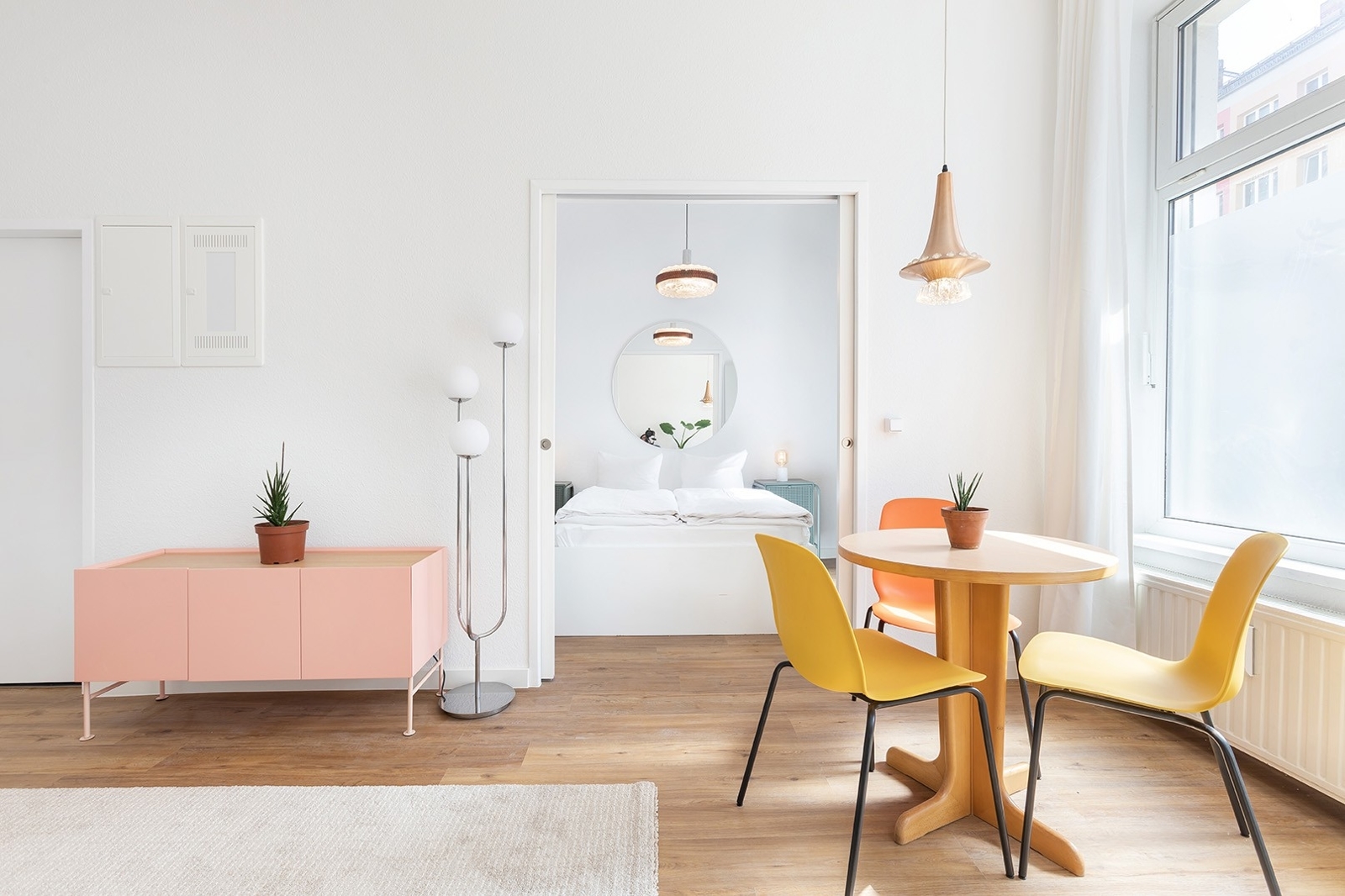 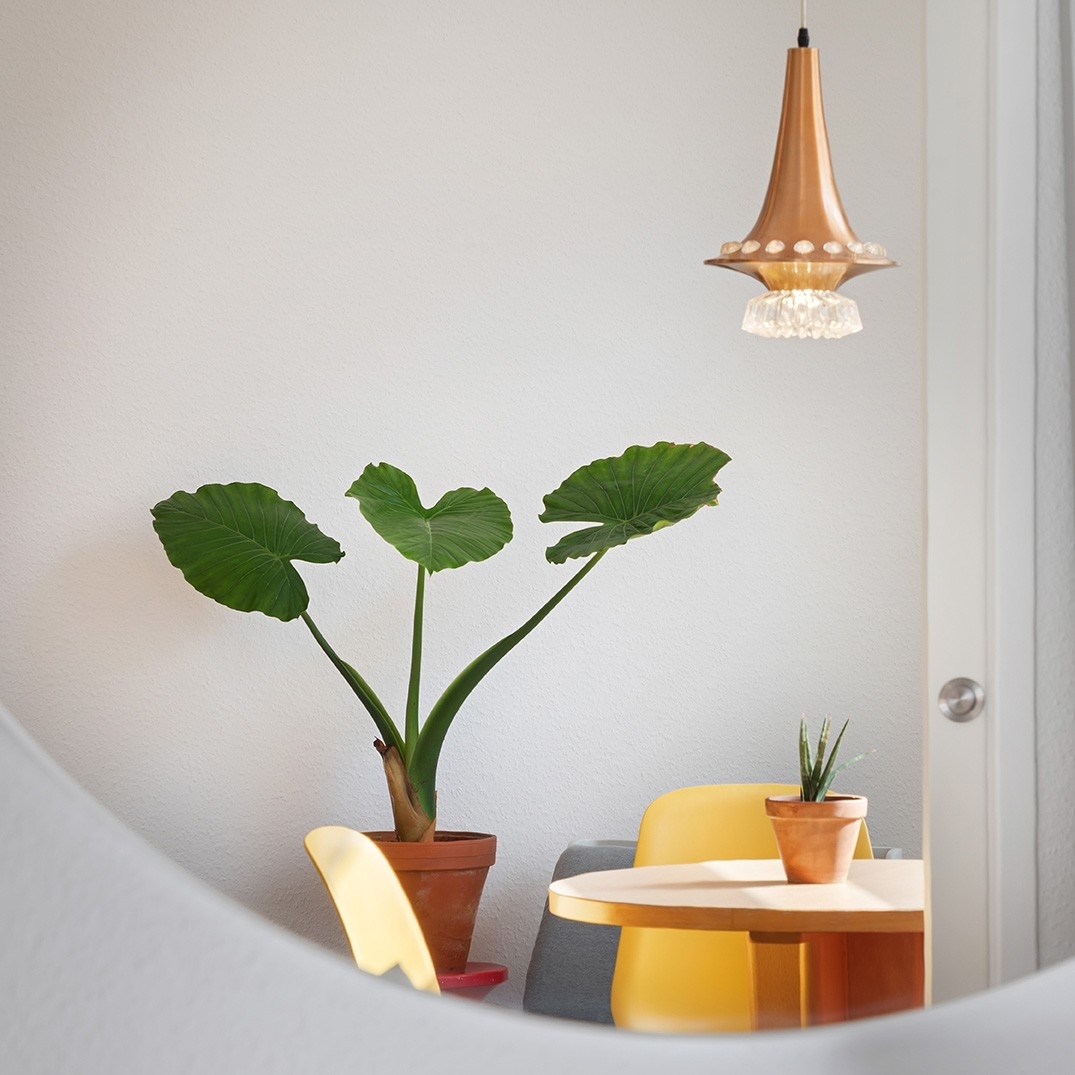 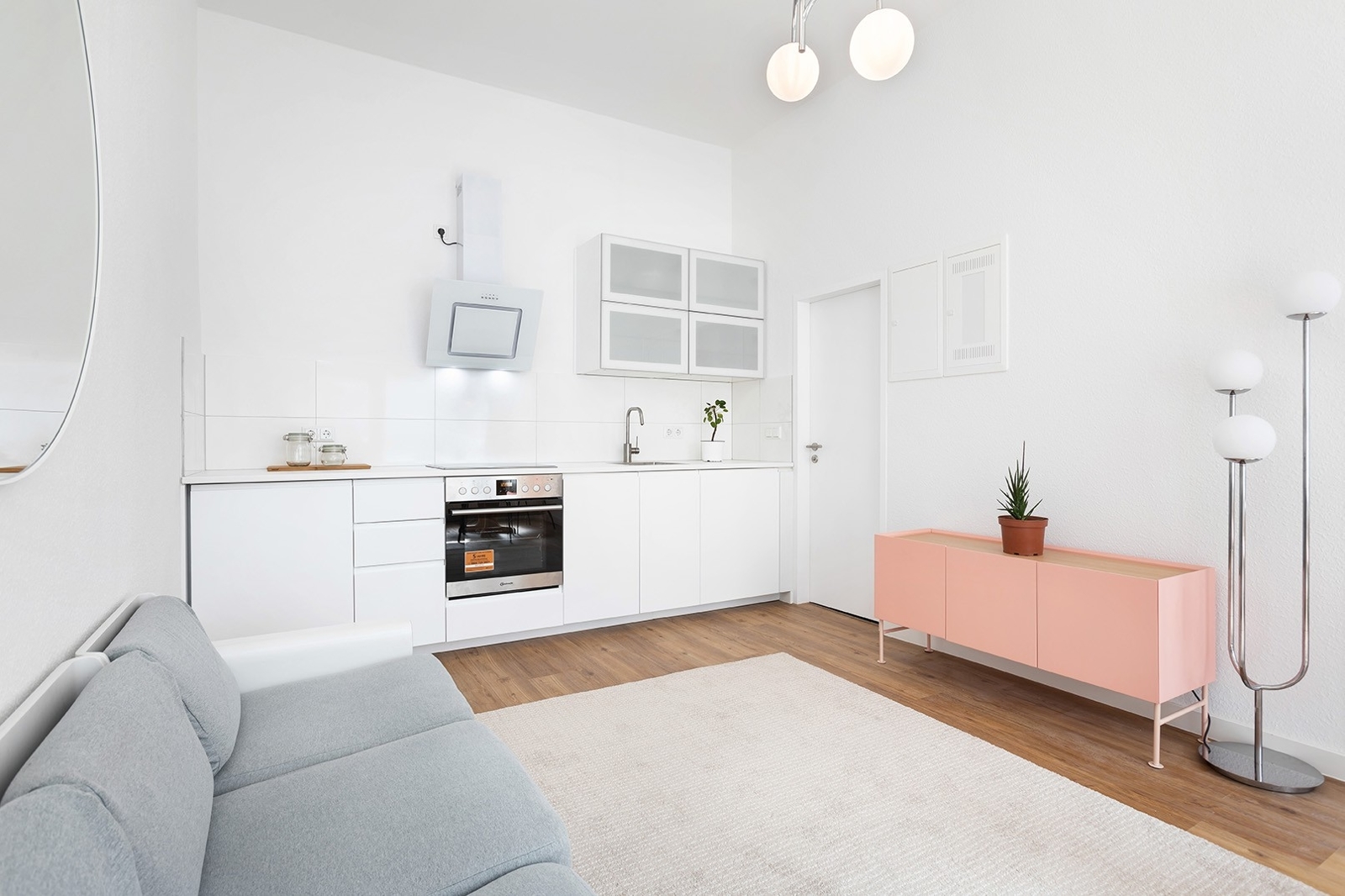 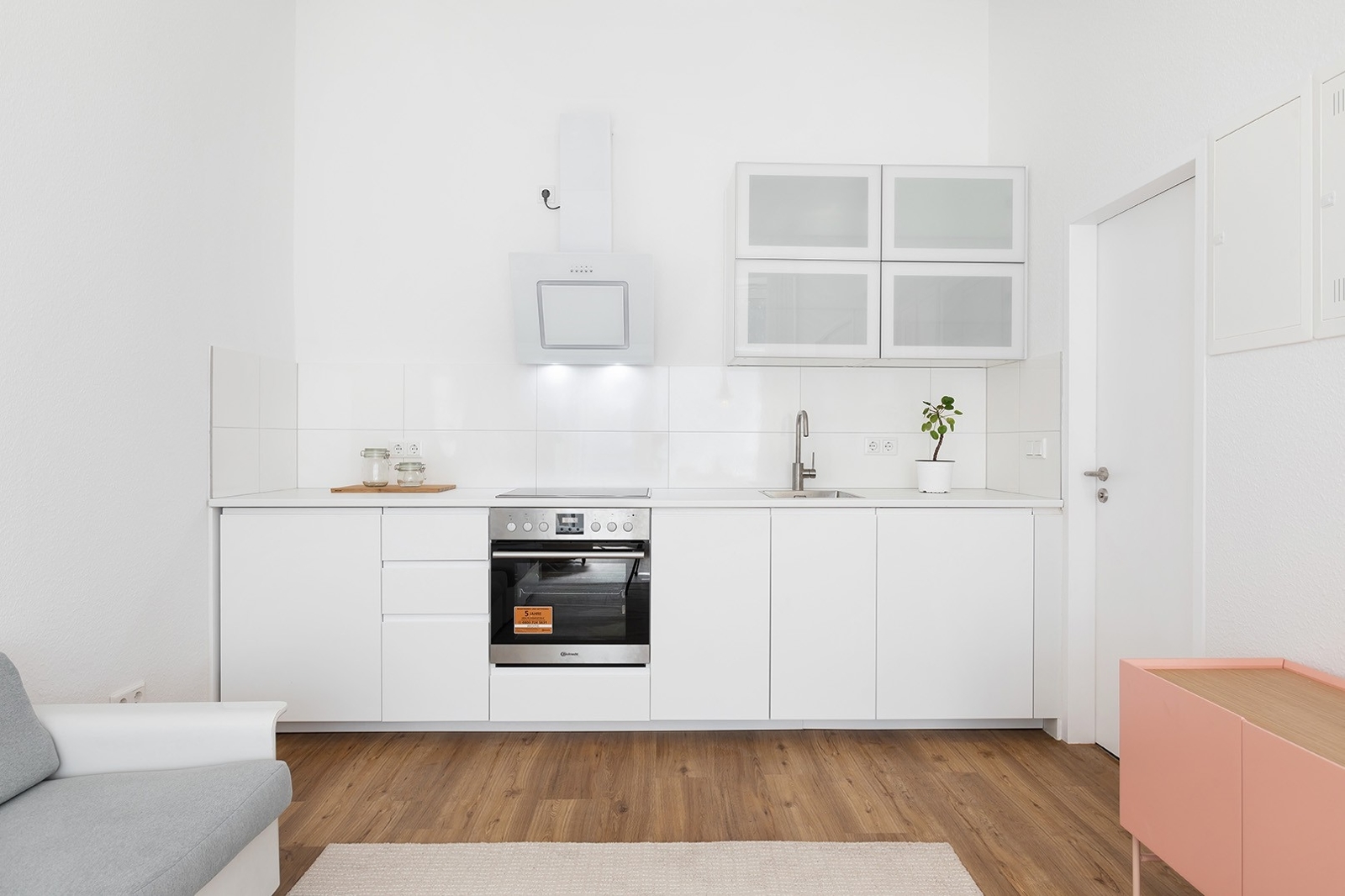 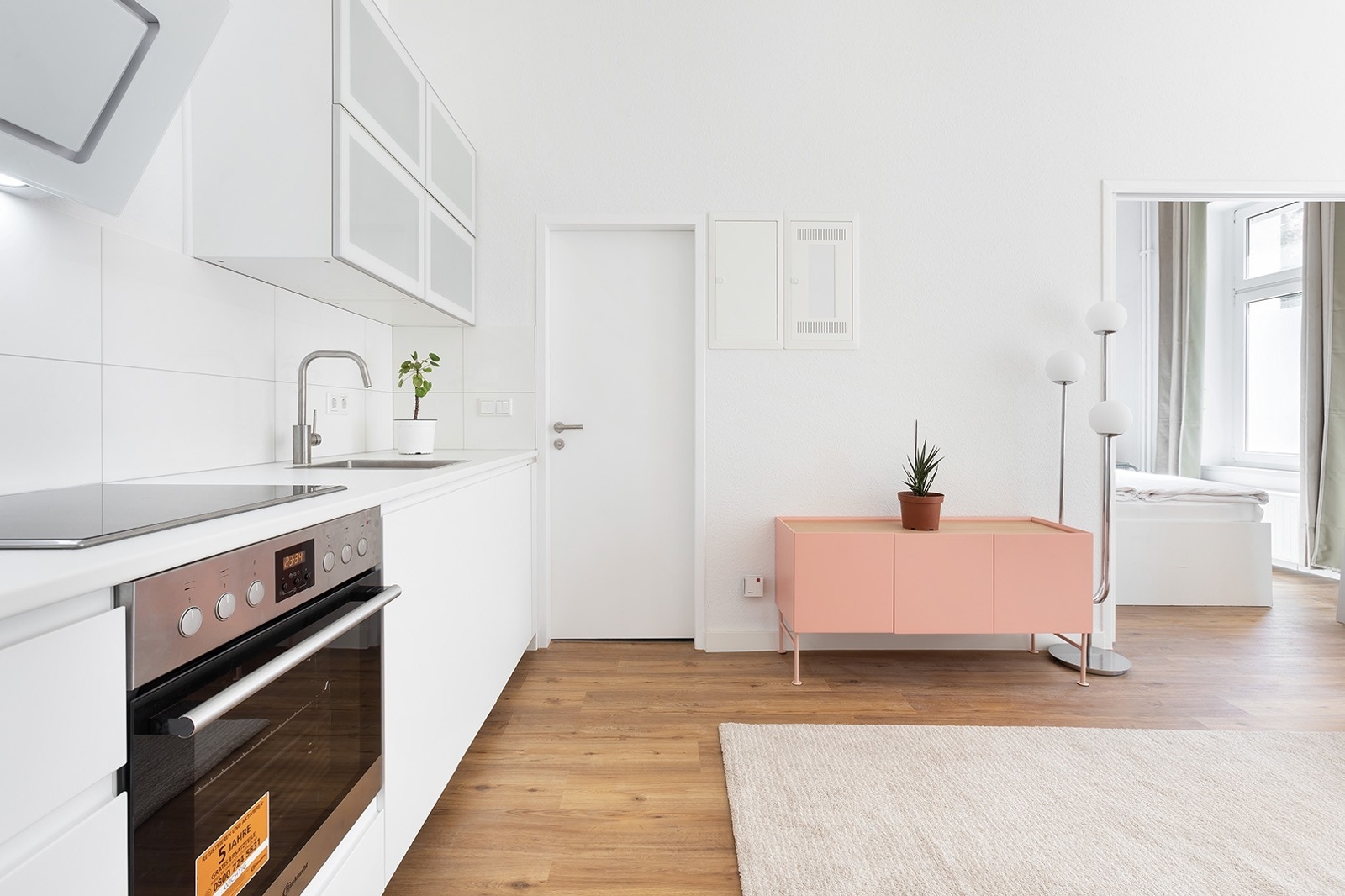 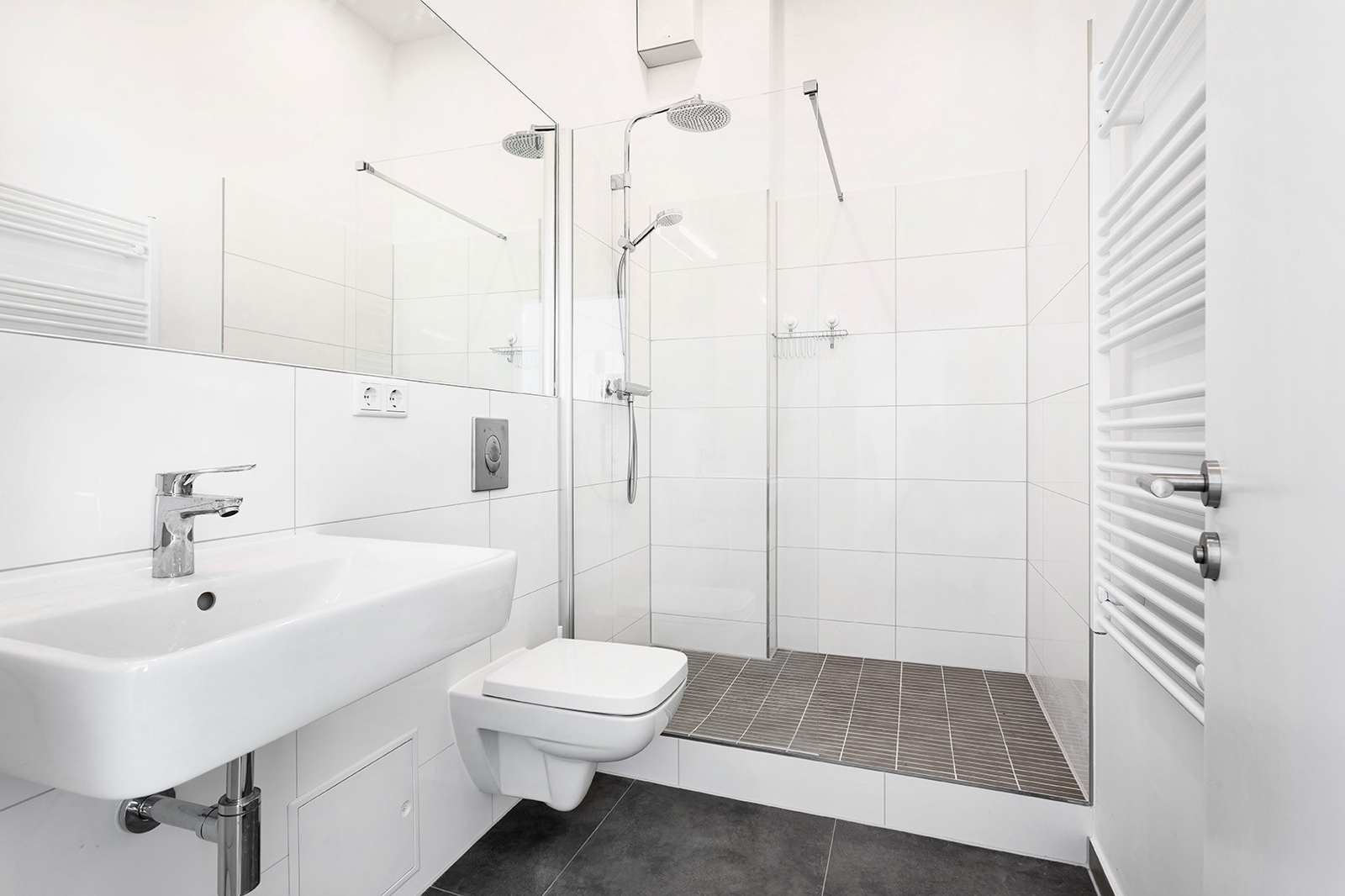 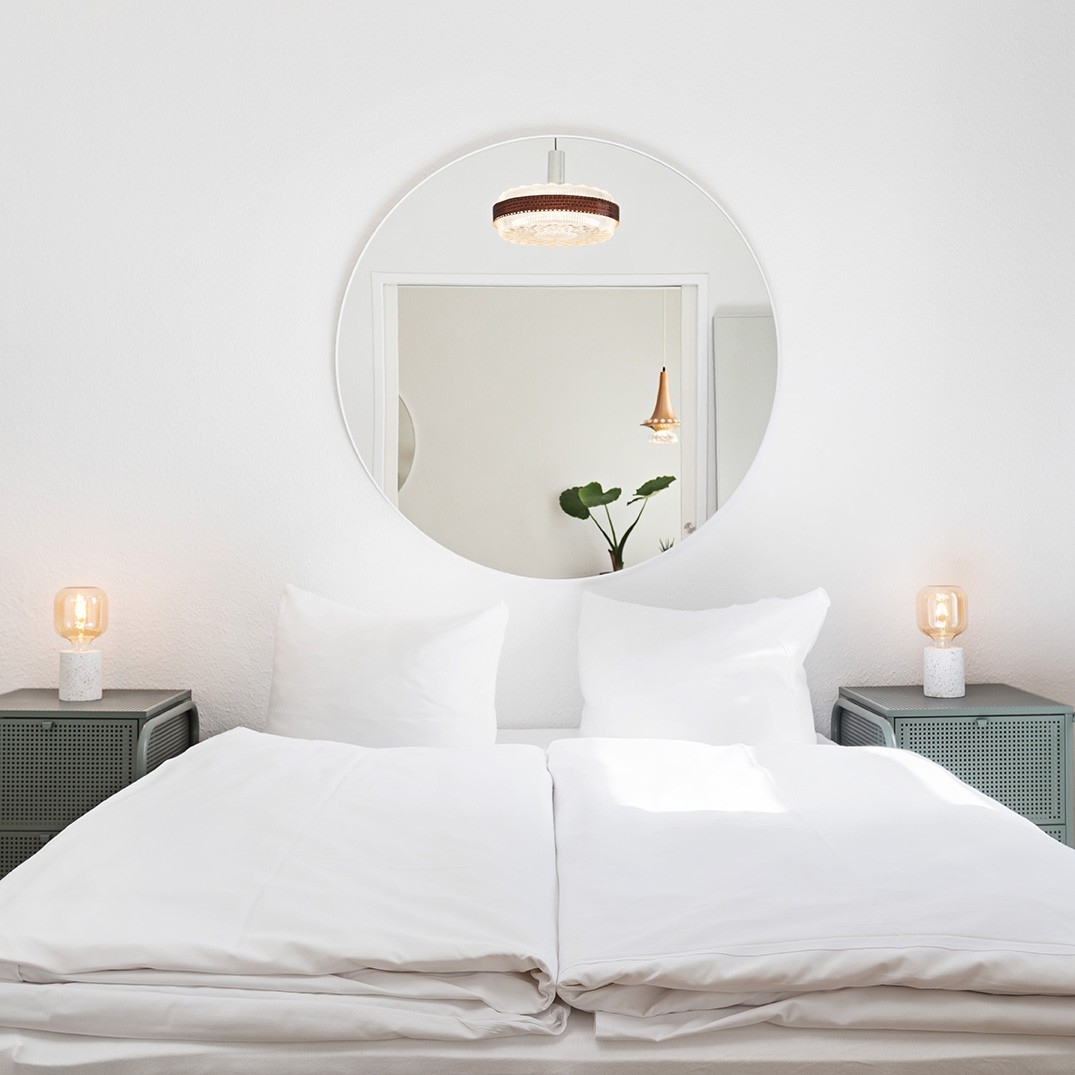 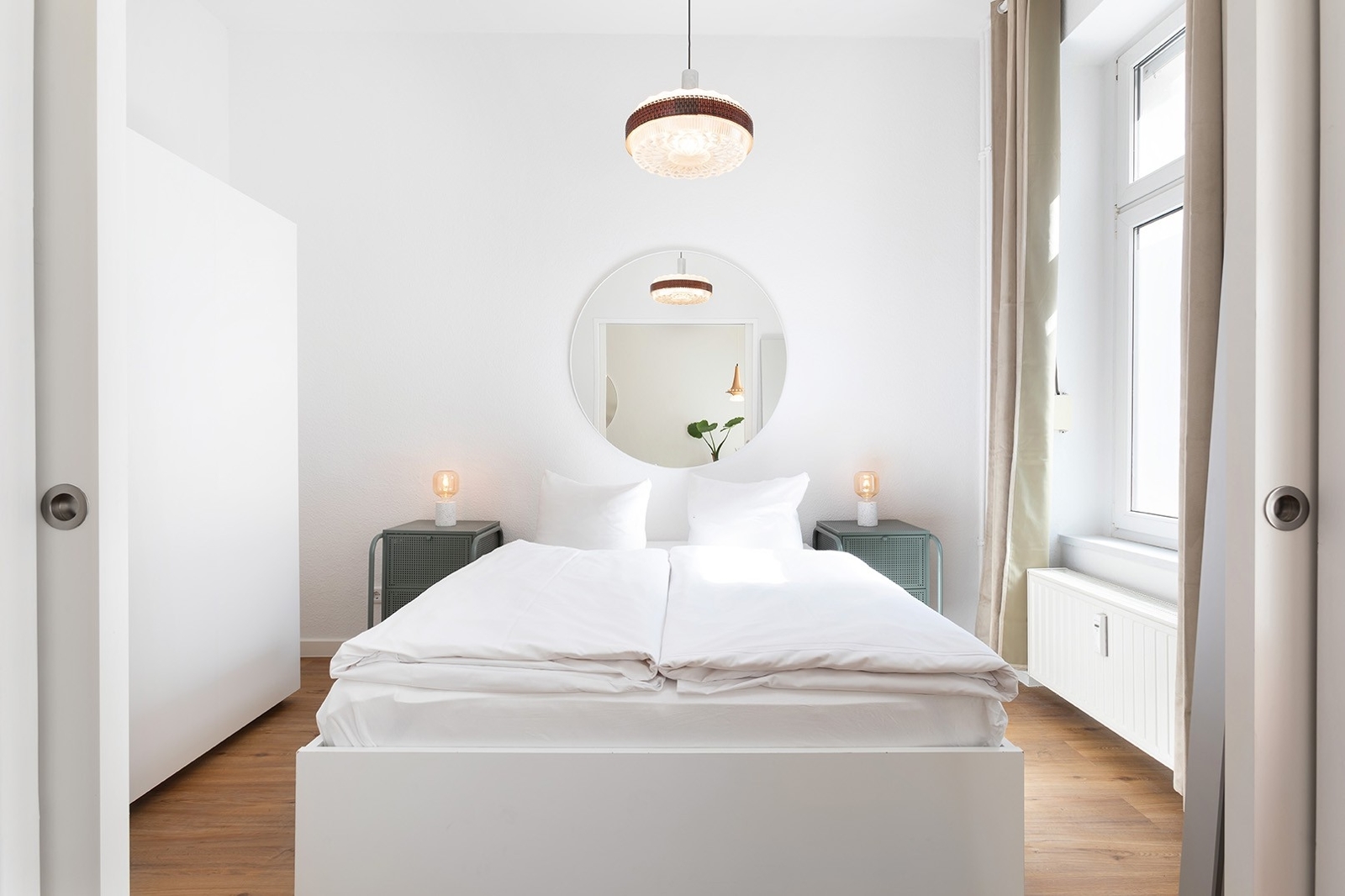 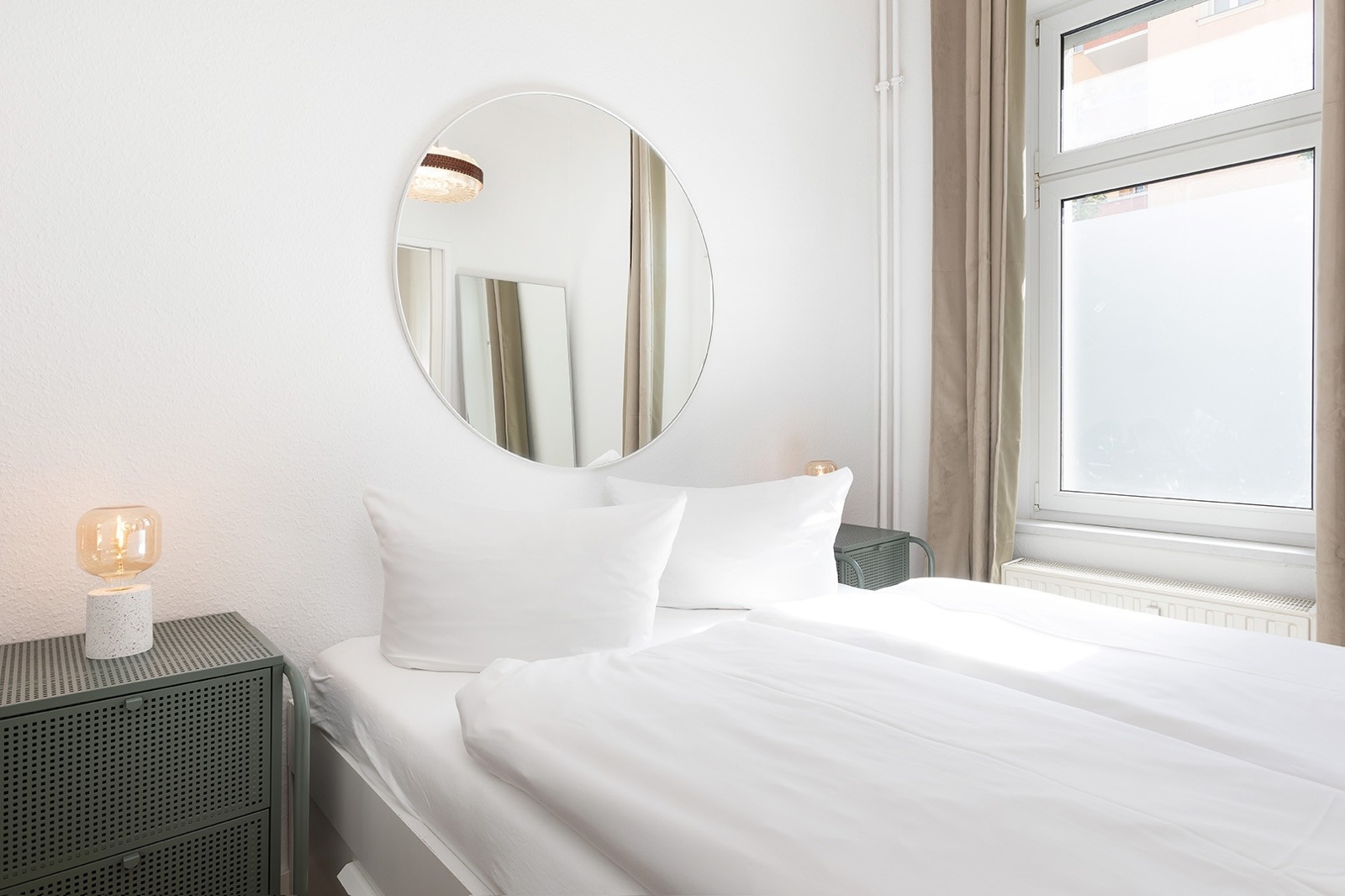 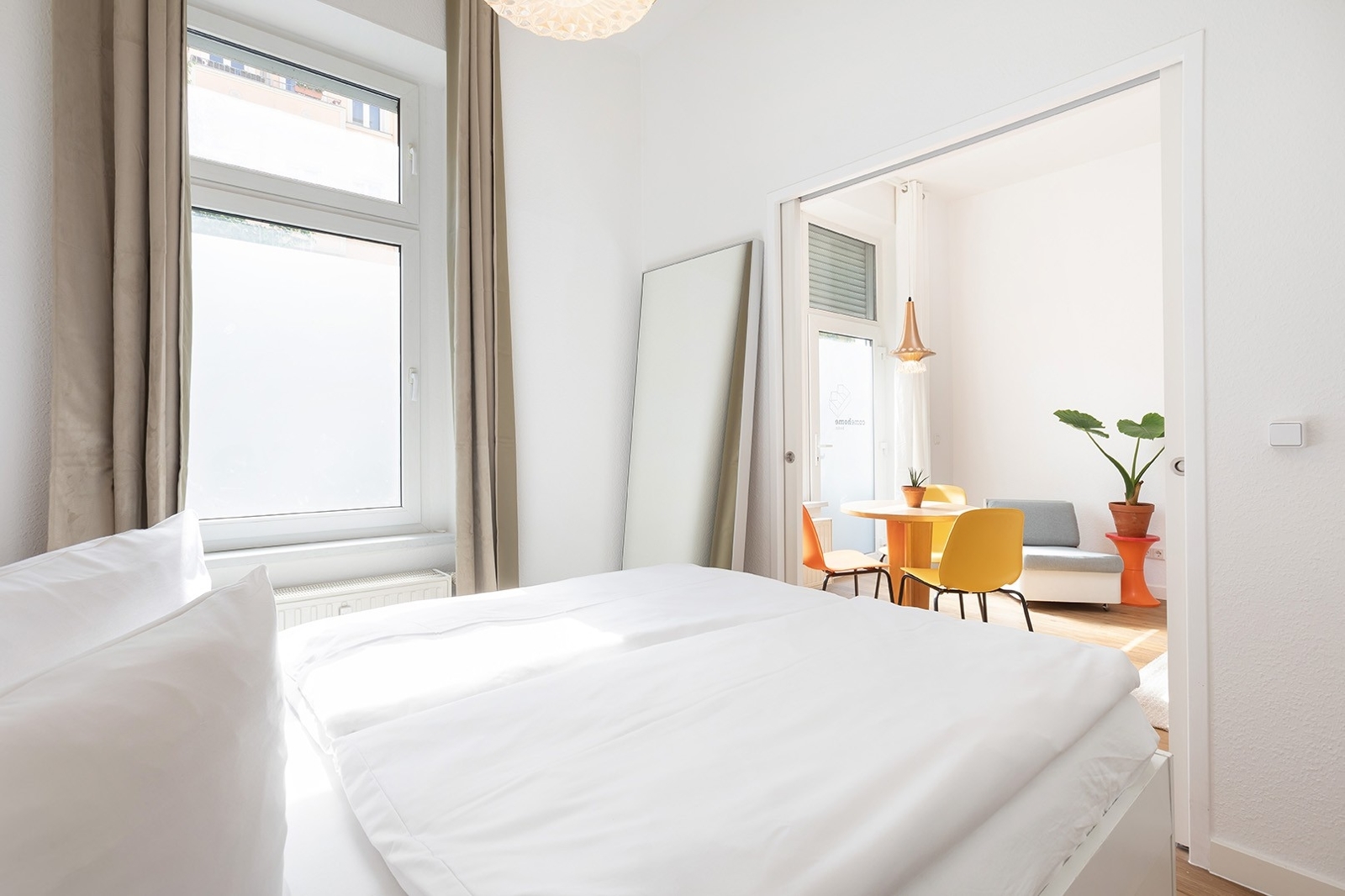 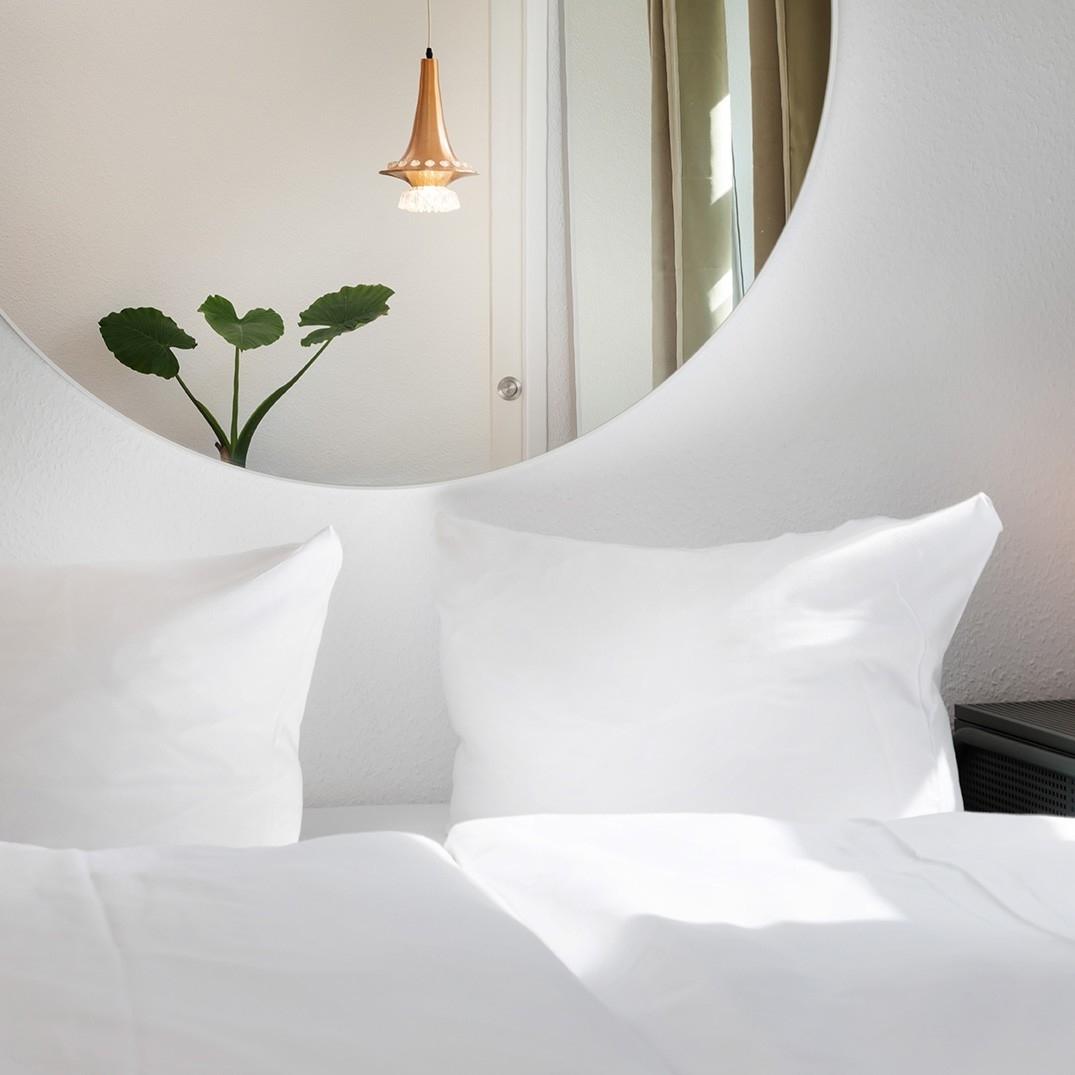 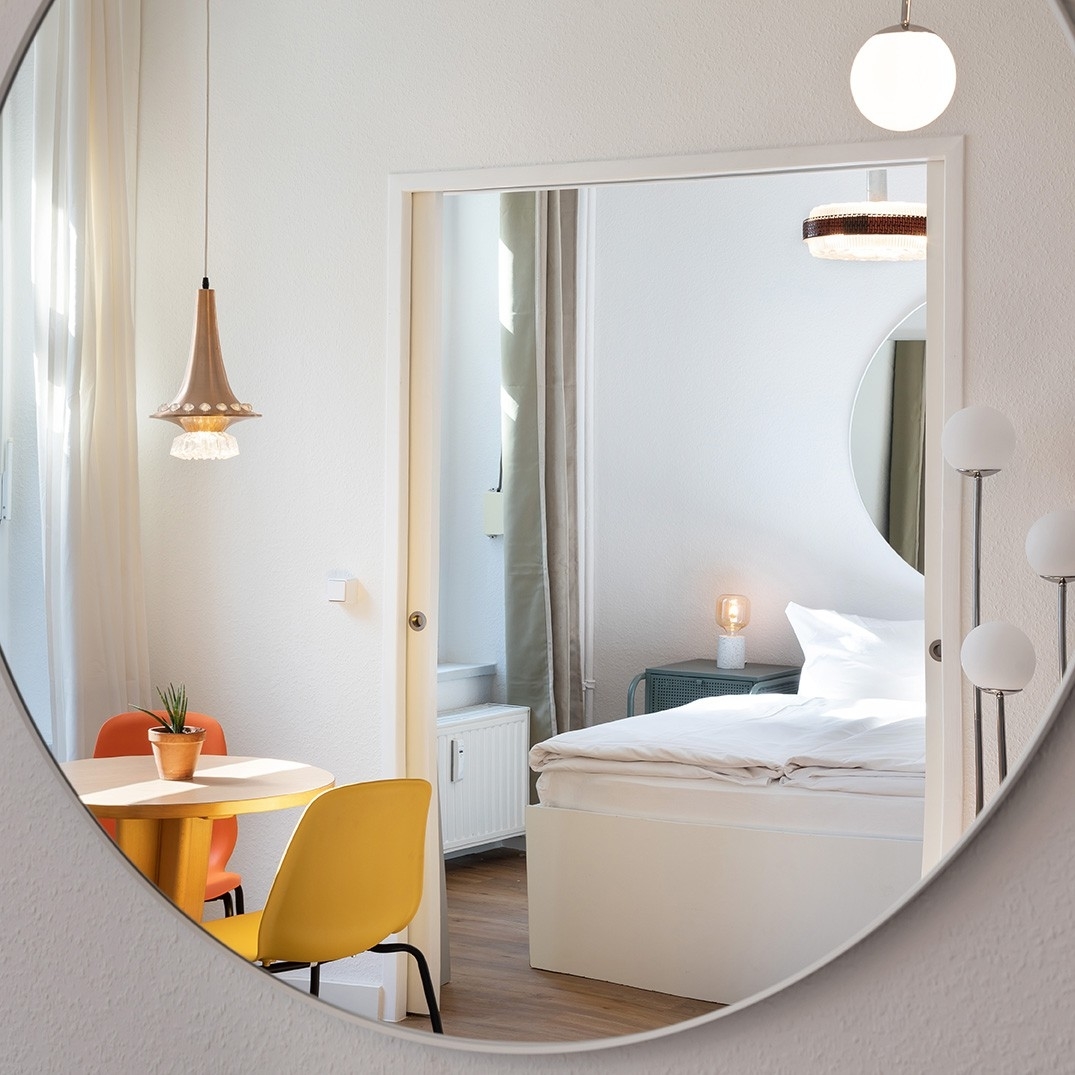 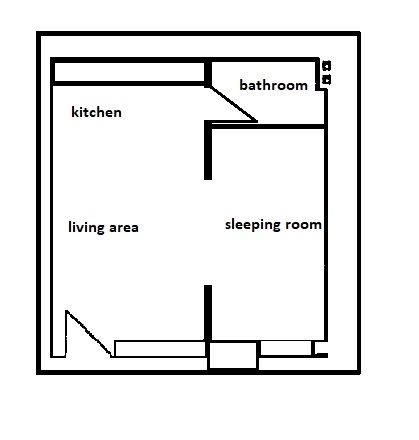 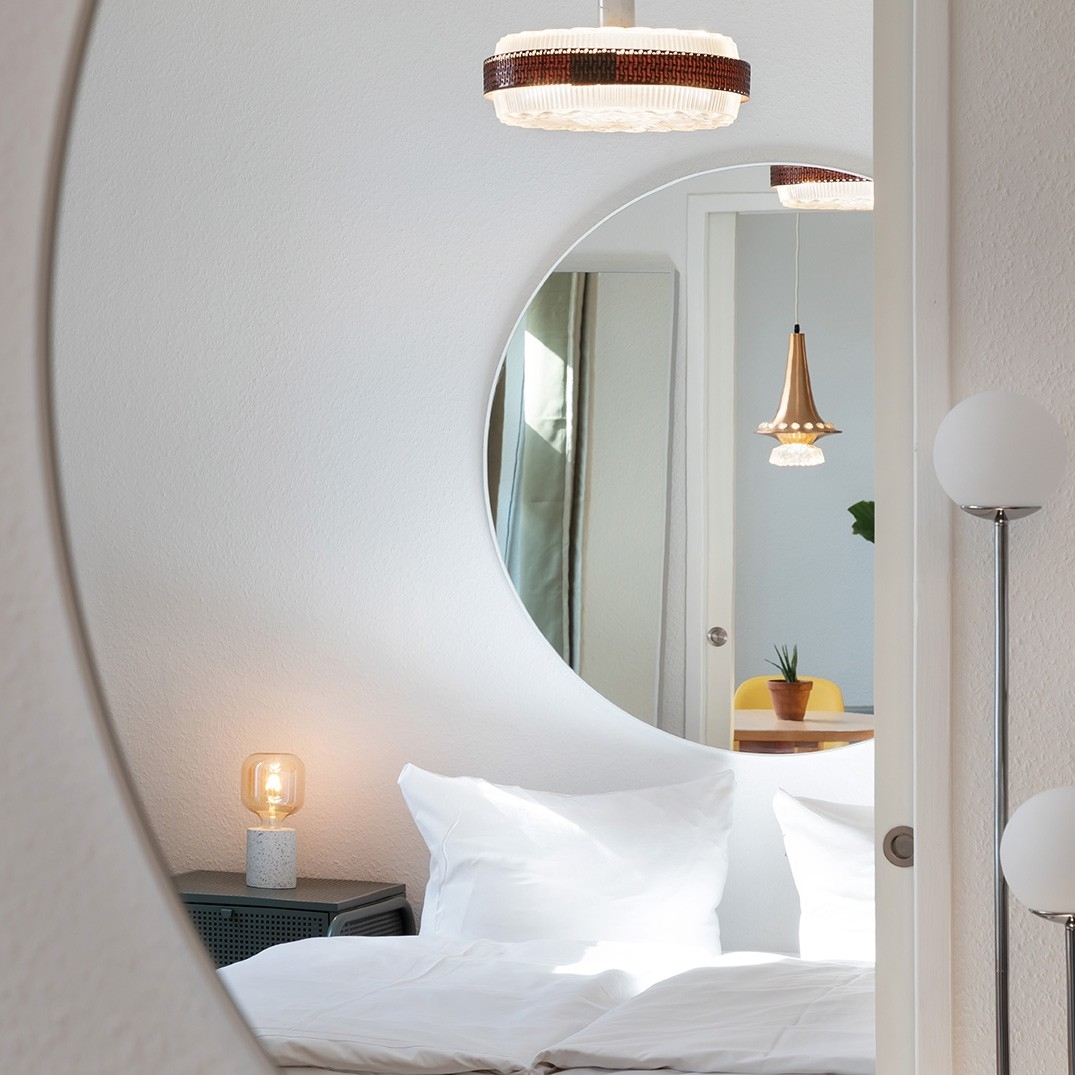 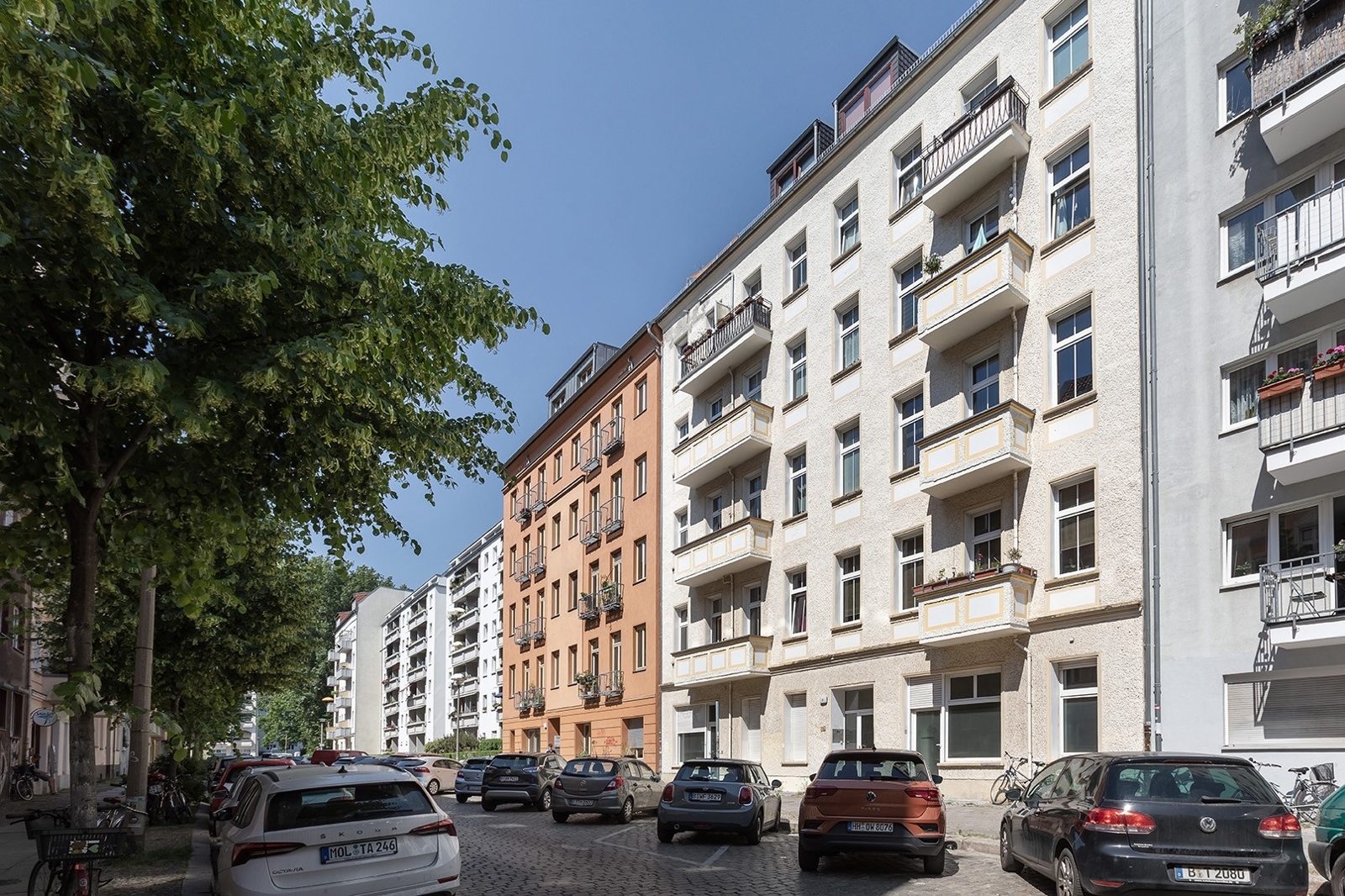 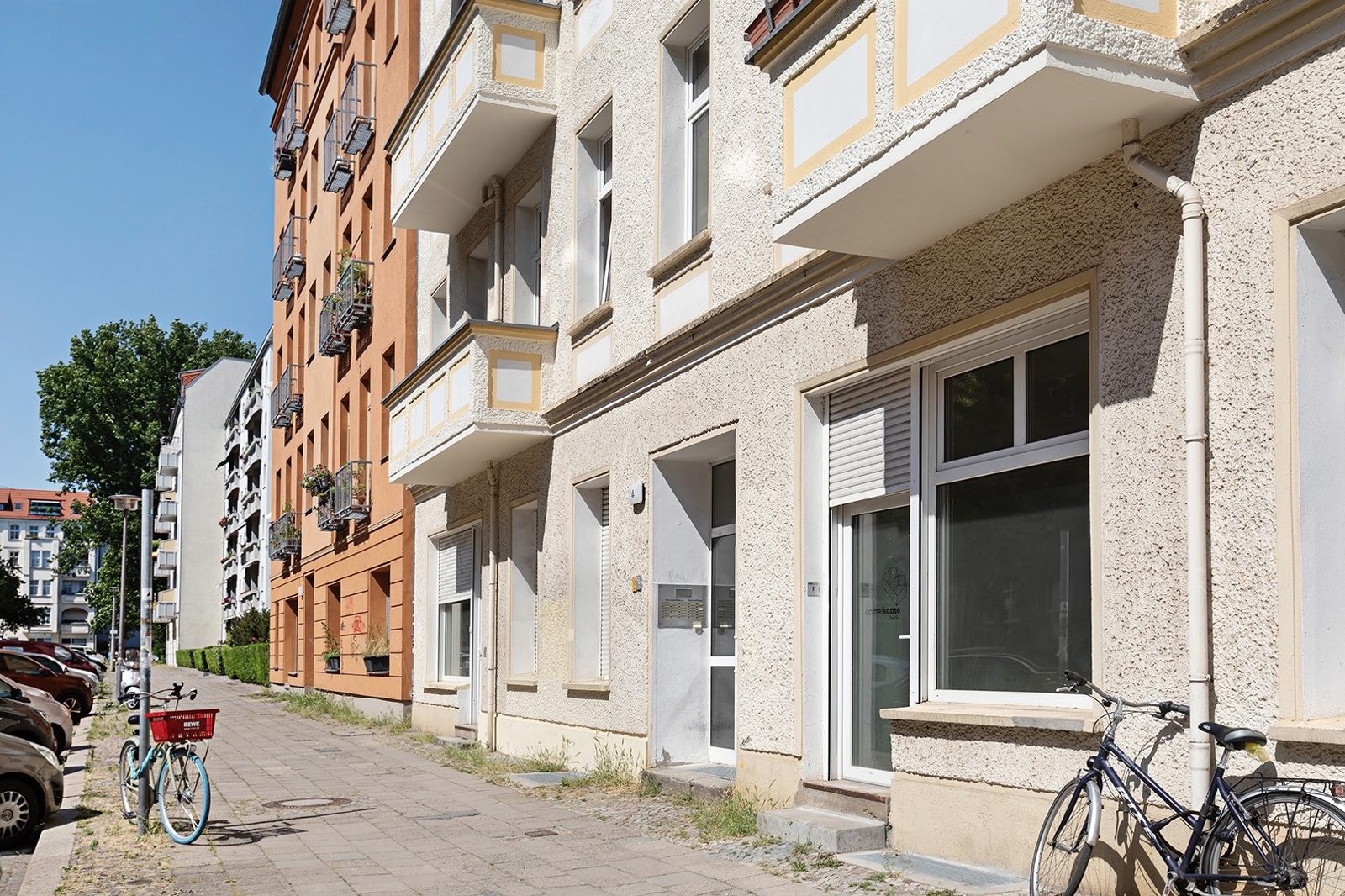 This nice two room apartment is located in a very silent street, the Pintschstrasse within walking distance near the Peterburger platz in Friedrichshain. the tram M10 is just around the corner which takes you further to Prenzlauer Berg and further to the main train station of Berlin and also to Kreuzberg. The apartmetn has been newly renovated, it has a nice fully equiped kitchen with a washing machine integrated to the living room, a bathroom with a shower, and a nice silent bedroom with a double bed and a large wardrobe. The apartmetn has a very nice atmosphere, is peaceful and is located on the ground floor. Minimum stay is 6 months at least.